DISCLOSURE: Please note these statements have not been evaluated by the Food and Drug Administration. This is for informational purposes only and is not intended to diagnose, treat, cure or prevent disease. I am not a doctor. I am simply sharing my experiences. 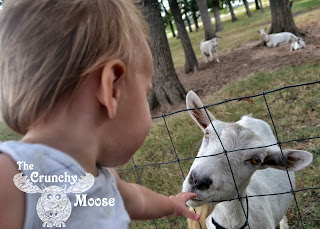 My son was bottle fed raw goat’s milk as a baby. This is how and why I made that decision.

Breastfeeding is the best. It’s great for mom and baby. But it’s not always possible. Yes, there are things you can do when your supply is low and you can change your diet for your baby’s sensitives. But in the meantime while you are figuring it out, you have a hungry baby who doesn’t have time for you to test all your theories. So for supplementing, I think goat’s milk is a great option.
My son is adopted, so breastfeeding was not an option. But knowing what I know now, if I ever have another child that needs a formula (supplement or whole diet), I will never, ever use a commercial formula. I will always choose raw goat’s milk.
Click here to see my easy formula recipe.

My son, Morrison, was born allergic to everything. He was in transition care for 1 month after he was born while legalities were finalized. He gave his transition mom the hardest time! She has been doing this (watching babies during the legal transition time) for over 30 years and has watched over 200 babies. She said Morrison was the hardest baby she had ever had and she was taking a few months off before taking another baby. He really did give her a hard time. 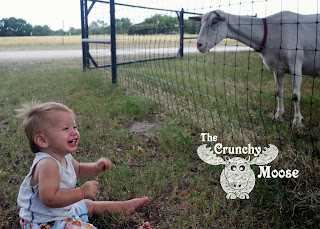 He was allergic to soy and dairy. All commercial, over-the-counter formulas are soy or dairy. Keep in mind she had him for about 28 days (he was in the hospital a few days and came home on day 32….give or take a day). This was what she tried (I still have her handwritten notes, she gave us pages of notes. The following is from her notes):

Read more about the problem with those commercial formulas here.

She added 2 teaspoons of dairy free rice cereal (I am not a fan of rice cereal; it’s a filler, there’s no nutrition, I do not and will not feed it as a meal for my child ever. Read more about rice cereal here.) per ounce of formula. Yes, that’s right. For a 4 oz. bottle, there were 8 tsp of rice cereal added. That’s a thick formula. They did this to thicken it so he could keep it down. And it worked. He could keep the Neocate with the rice cereal down. But it was a big chore to burp him. He was still so uncomfortable. But at least he could eat. 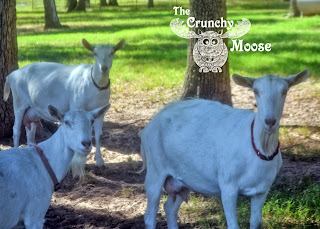 We kept that routine for a few weeks. The Neocate was 57% corn syrup. Yes, 57% corn syrup!!! That is the solution the medical world gave him.

I kept running across raw goat’s milk in my research. Nothing but amazing results. I wanted to try it, but was so nervous. So I went to a local homeopathic doctor. He answered all my questions and calmed all my fears. He gave me some names of some local farms. He said just buy a gallon, give him a bottle and see what happens. If it works, you will know within 10 minutes. If it doesn’t work, you will know within 10 minutes. So that’s what I did.
And it WORKED!!! It was instant. My son ate the whole bottle. We still mixed the rice cereal (we weaned him off that quickly, but we kept the consistency to start with. Every couple weeks we reduced the amount we added.). After he ate, he burped. It was amazing. Burping before took us a half an hour easy, and that’s on a good feeding. After the first bottle of raw goat’s milk, he slept through the night for the first time. 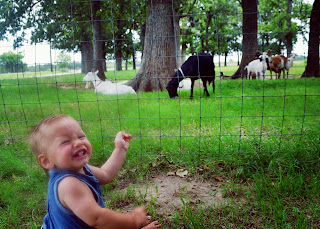 We called the doctor back and he prescribed an iron and folic acid compound. We added this to his bottles until he started eating solid foods. All of his iron blood tests come back at perfect levels. Here is the formula recipe I used. 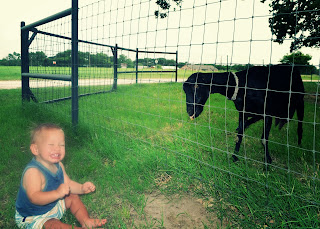 When we talked to the doctor, he said that the rice cereal does thicken to help him keep it down. But……it doesn’t stop the reaction. The reason he spits it up is because he is reacting negatively to it. So he’s still having a reaction, he just can’t do anything about it. Horrible.

UPDATE: He is now 23 months old. He has zero allergies and is very healthy! 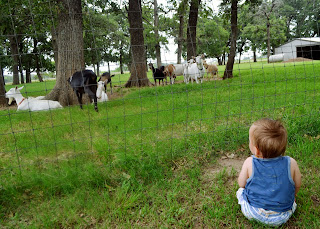